Andrew Lloyd Webber took these poems, wove them together loosely, initially envisioning it as a concert or a chamber piece. Nobody saw the smash hit coming. How could you predict something like “Cats”‘ success? You couldn’t. After a triumphant run in London, it moved to Broadway, where it promptly smashed every record in the book, becoming the fourth-longest running show in Broadway history. The appeal of the show is somewhat mysterious to me (and I’ve seen it twice. It was the second Broadway show I saw as a child), but obviously throngs of audiences have thrilled to it. Tom Hooper (“Les Miserables,” “The King’s Speech”) has brought “Cats” to the screen, not doing much to it (what’s to be done, really?), and over-producing much of it (the sets feel self-consciously referential, almost to the point of irony, but not quite). He casts some big names like Taylor Swift and Jennifer Hudson, and fills it out with lesser-known performers, as well as an enchanting newcomer named Francesca Hayward, a principal ballerina at the Royal Ballet, who plays “Victoria,” the wide-eyed innocent cat thrust into a strange new world.
Over all of this jazz-hands talent-show activity looms the there-and-not-there Macavity (Idris Elba), perched on the tops of buildings like an ominous bat-signal. Macavity shows up to wreck everybody else’s “act,” for no discernible reason (he’s got Iago’s “motiveless Malignity,” to quote Samuel Taylor Coleridge). Taylor Swift plays Bombalurina, Macavity’s gun moll sidekick. Many of the cats do their number and are never seen again. “Old Deuteronomy” (Judi Dench) is the wise elder cat, and the master of ceremonies. (A nice callback: Judi Dench was cast in the original London production, in the dual role of Grizabella and Jennyanydots. In fact, Trevor Nunn refused to come on board as director unless Dench was cast. Dench dropped out at the last minute, after snapping her Achilles tendon. Her appearance here has a lot of resonance for those who know the history.)

But there is evil afoot in Jellicleville: The scheming mack daddy known as Macavity (an outrageously seductive Idris Elba) is trying to sabotage the event by cat-napping Jellicles and transporting them to a barge on the Thames. (The ruffian who guards them is Ray Winstone’s shaggy, snarling Growltiger.) And he has already ruined the life of one Jellicle: Grizabella (Jennifer Hudson) drifts mournfully through the streets, draped in a ragged fur wrap, a tragic fallen angel. Scorned by the other cats for going off with Macavity, she sings a very sad-sounding song called “Memory,” whose lyrics make absolutely no sense.
Who needs a CGI movie version of the outrageously popular, long-running musical featuring songs by incessant tune generator Andrew Lloyd Webber, which were themselves adapted liberally from a slim volume of light verse published in 1939 by T.S. Eliot, Old Possum’s Book of Practical Cats? I certainly thought I didn’t, and perhaps you think you don’t either. In the months leading to its release—or at least since summer, when a making-of promotional video introduced the world to the highly scientific concept of “digital fur technology”—Cats has become one of the most eagerly anticipated and joyously maligned pictures of the holiday season. As people gazed at trailers for the film, straining to reckon with the vision of nude-looking cat people prancing around in fur that looked as if it had been airbrushed onto their skin, a collective wordless cry rang out through the Internet. It sounded like “Eww.”

“Any time you defy what an art form is, any time you defy all rules, there’s going to be some push-back, obviously,” Derulo told TMZ reporters. But it’s an incredible piece of art done by some of the best people in the world. I am just excited for the people to actually see it because reviewers, I mean, what the hell do they know? Have they made a film ever in their life?”
“Cats” opened in theaters nationwide this weekend to disappointing box office numbers and some of the most horrible reviews of 2019 (plus the VFX fiasco in which new, more-completed prints of the film are being sent to theaters after release), but for cast member Jason Derulo that’s just what happens when you put out something that “defies what an art form is.” Yes, Derulo views Tom Hooper’s maligned adaptation of Andrew Lloyd Webber’s musical as cinema that defied the art form. Most critics wouldn’t agree. The film has earned an 18% on Rotten Tomatoes from 186 reviews and a dismal Metacritic score of 32. Derulo hit back at critics just as “Cats” went nationwide December 20. 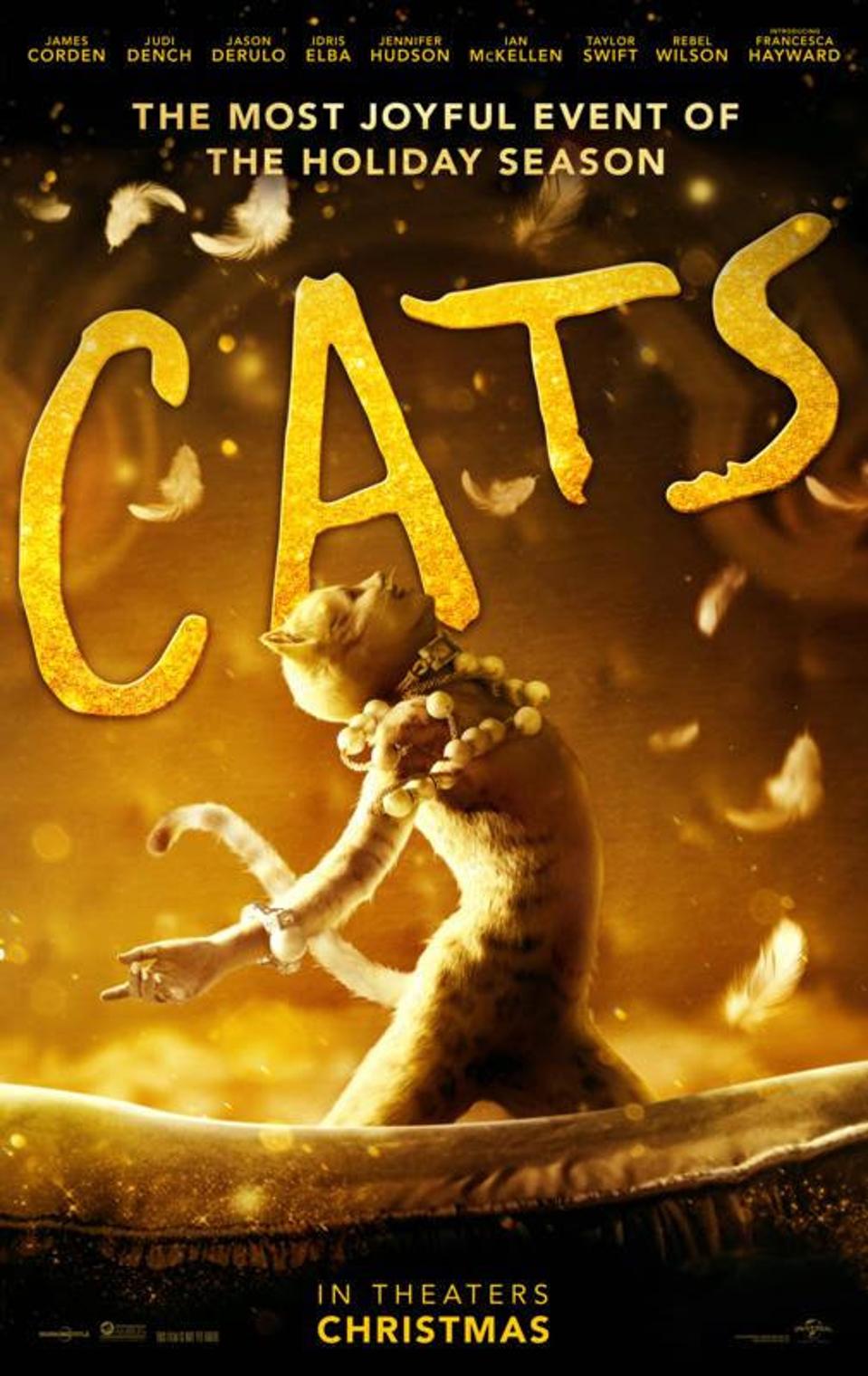 It’s one thing when you’re The Greatest Showman and your songs are so damn catchy that I can still hum them two years later. Save for one or two exceptions, the Cats tunes have always been the opposite of ear worms. Yes, ‘Memories” is great, and I was always fond of “Macavity” and “Mr. Mistoffelees.” But these aren’t Webber’s best songs, and this certainly isn’t his most disciplined narrative.
Folks have been making fun of Cats, its lack of a coherent narrative, its random digressions, its frankly mediocre songs (save for maybe “Memories”) and its sheer absurdity for at least as long as it has existed. So, when I say that Tom Hooper’s Cats absolutely captures what’s great and terrible about the show, you can take that for what it’s worth.